As we know, humanity has drastically increased the rate at which we release carbon dioxide into the atmosphere since the Industrial Revolution, which has increasing effects on the ecology of Earth. Though life has an incredible ability to adapt to change in order to survive, our current crisis has to do with too much change too rapidly.

The downstream negative effects of increasing temperatures become incalculable and once it goes too far some life can no longer adapt. It’s important we reduce carbon dioxide emissions to curb this, but the Intergovernmental Panel on Climate Change (IPCC) says we must also find ways to create “negative emissions” [1] - meaning we have to take carbon dioxide that’s already in our atmosphere out of it and put it somewhere else.

Researchers from around the world are already working on this with a technology called Direct Air Capture (DAC) or, simply, “carbon capture”. This works much in the way a tree “captures” carbon from the air as it grows. These teams are demonstrating humans can create devices to do the same, only much more efficiently and on a greater scale.

Since carbon dioxide only makes up .04% of our atmosphere we have to find a way to separate it from the rest of the gases that surround us (mostly nitrogen and oxygen) [2]. In practice this process of capturing is taking many forms - a wire mesh [3], a shag carpet [4], or a liquid [5].

The Center for Carbon Removal, a nonprofit connected to UC Berkeley, summarizes how their process works:

Once captured there are multiple options for repurposing the carbon in ways that would either lessen or reverse its negative effects on the environment. The first one likely to make it to market is as a liquid fuel alternative to our current petroleum-based gasoline. This would allow us to still use liquid fuel for energy without increasing the total CO2 in the atmosphere by unearthing and burning more fossil fuels. Essentially, we would be recycling our fuel. The reason it has the most momentum is because there’s money to be made. The societal benefit to this is that it would give society access to a needed fuel supply without increasing the carbon dioxide in the atmosphere.

Another potential use of the captured carbon is to sequester it, or store it in the earth, like is being done in a successful pilot program in Iceland [7]. A group of scientists there are already four years into a program where they capture carbon from a power plant forged from a volcano, then pump it underground. The CO2 is pushed more than 3,000 feet below the surface where after a few months it turns into rock. The positives here are that this sequestered carbon would no longer have an effect on the ecology of the planet. This would be one way to create the “negative emissions” the IPCC says we need. It is estimated we could store 100-years worth of carbon dioxide in the ground [8]. The difficulty here is there’s not any money in simply taking something out of the air and putting it in the ground, at least currently. If governments chose to incentivize this kind of practice the economics a market could emerge quickly.

The most fascinating potential use of captured CO2 from the atmosphere might be repurposing it as a building material. Researchers in both California [9] and Australia [10] are in the early stages of taking the carbon dioxide gas and transforming it into a part of a solid building material. This would reverse its harmful effects on the atmosphere, turn it into something useful, and lessen the effects of the fourth most carbon emitting industry (concrete). Even the most generous estimates for DAC suggest a carbon removal of 1 ton per year for each device [11].

Since we currently emit around 45 billion tons of CO2 a year, that’s a lot of “trees” needed to be built to balance everything out [12]. This would have a significant benefit, but it would take several decades to have a notable effect. That’s why this technology is only a piece of a sustainable future. It must be paired with drastic reductions in carbon dioxide emissions. Possibly the greatest obstacle to the success of this technology succeeding on a massive scale is the economics of it. Capturing carbon doesn’t inherently create a product or profit, and as such there’s not enough money for companies to build enough carbon capturing “trees” to have the needed effect on global warming. Even though taking carbon out of the air doesn’t carry an inherent profit - it does provide a needed service for society.

If governments realize the positive benefit of this technology on society it is the type of technology that has classically been given incentives to lift it off the ground. However, even if that doesn’t happen, Klaus Lackner, director of the Center for Negative Carbon Emissions at Arizona State University, proposes an optional charge to consumers who fill their vehicles up with gasoline [13]. That may or may not ever happen, but it’s an example of how there may be several ways to accomplish this goal. In life it’s rare we get to rewind our mistakes.

Even with all the incredible advances of technology we still can’t take back something we didn’t mean to say, we can’t undo having done something. Once a mistake is made it is made forever, typically. Direct Air Capture technology holds a promise of, slowly, reversing the mistakes we’ve made over generations. It’s a rare chance in a universe which counts among its few rules the onward march of entropy. In the end, DAC is only a partial solution to our world-altering predicament, but it is vital nonetheless.

Jarod Kilgore is a science enthusiast with a passion for learning about the world and sharing that knowledge with others. He is based out of Miami, Florida. Feel free to follow him on Twitter, @GeorgeOrWelles, or Instagram, @jarodkilgore. All comments, questions, thoughts, and vitriolic anger can be directed to his Twitter or email, jarodblogging@gmail.com 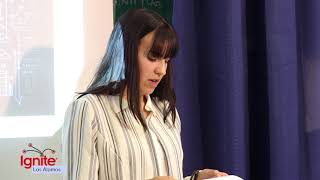 How do you define your success? 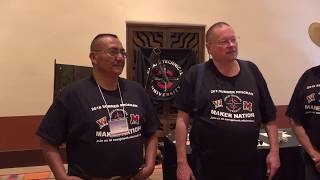 Makerspaces can play a pivotal role in our communities

A space for Makers